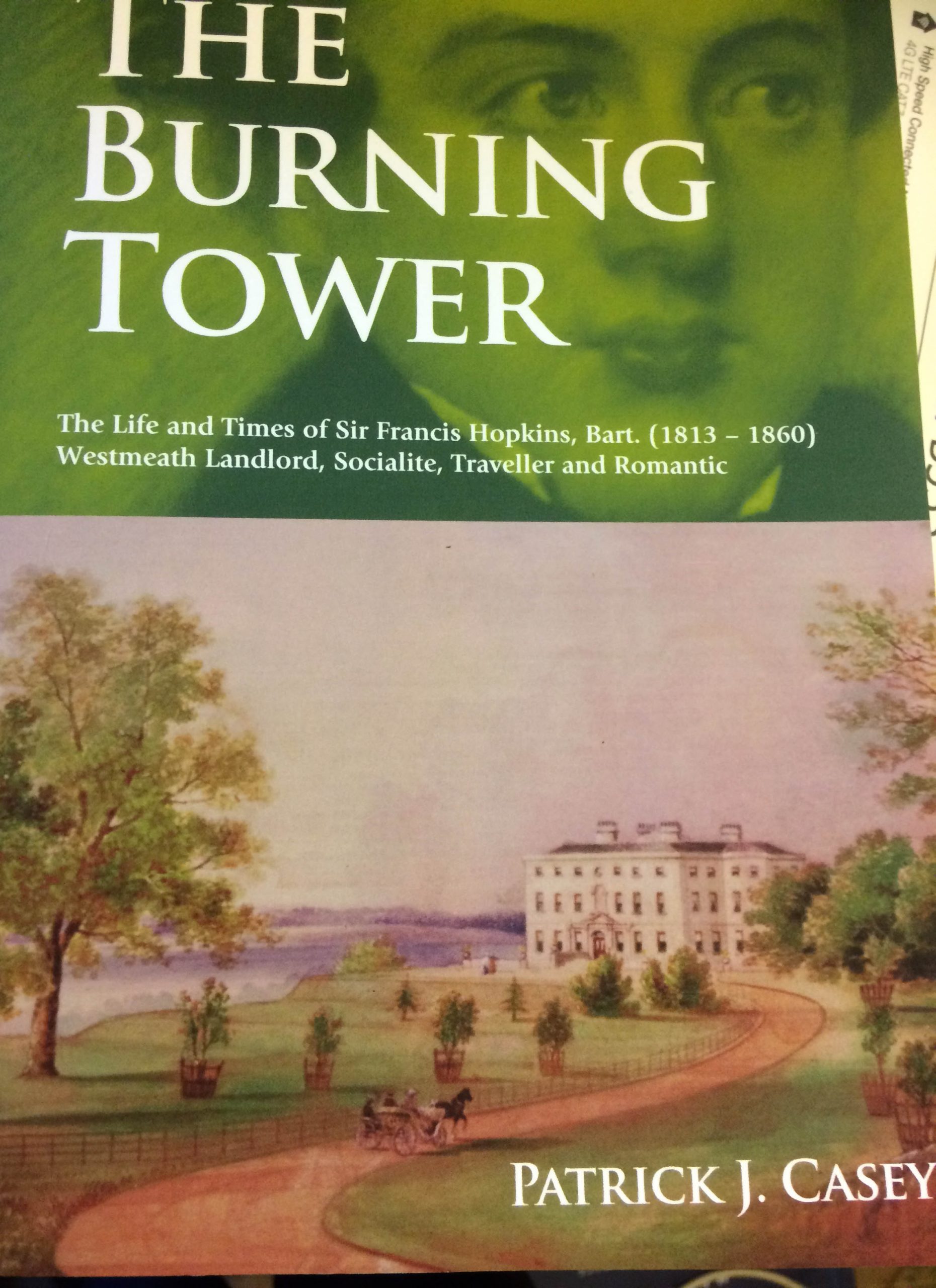 This is an online event available on Zoom – see link below

A very interesting addition to the history of  the Westmeath landlord class has just been published by Patrick J Casey who also has interesting local connections. His father was born in Friarstown, Dalystown and worked in the Land Commission in Mullingar during the 1950’s.

It was while dividing up the Tudenham estate that he by chance discvered a diary belonging to a previous owner of Tudenham, Sir Francis Hopkins.

He passed on the diary to his son Patrick who is a history graduate of UCD and thus began a life long study of Sir Francis which has now resulted in this splendid publication  called The Burning Tower, The life and times of Sir Francis Hopkis Bart. (1813-1860) Westmeath Landlord Socialite, Traveller and Romantic.

Sir Francis is well known locally because of the attempted on his own doorstep  at Tudenham, in 1845.The subsequent trial and execution of Bryan Seery aroused huge controversy both locally and nationally as Seery vehemently denied any asociation with the murder attempt.

The book goes into great detail on this defining moment in Mullingar politics during th eGreat Famine.  Subsequent to the aasination attempt, Hopkins travelled extensively to Persia Egypt and India.

He kept a detailed diary during these sojourns and they provide a very interesting insight into life in these countries in the nineteenth century.

Patrick is a member of the Military History Society and has published a very well received book on Irish doctors in World War 1.

His book on Hopkins fills an important vacuum in local history and is very well researched and illustrated. It is available from Just Books in Pearse Street Mullingar.