Launch of Major Book on History of County Westmeath 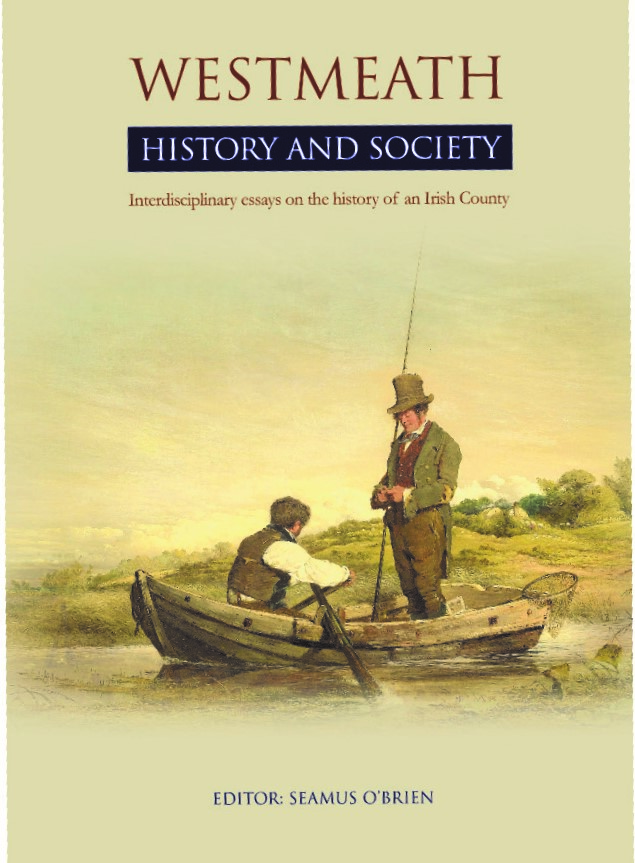 “Westmeath: History and Society” interdisiplinary essays on the history of an Irish County.

On Thursday next 24 March a major work on the history of Westmeath from pre-historic times up to the present day will be launched by Archbishop Dermot Farrell in the Atrium of the County Buildings in Mullingar at 630pm. 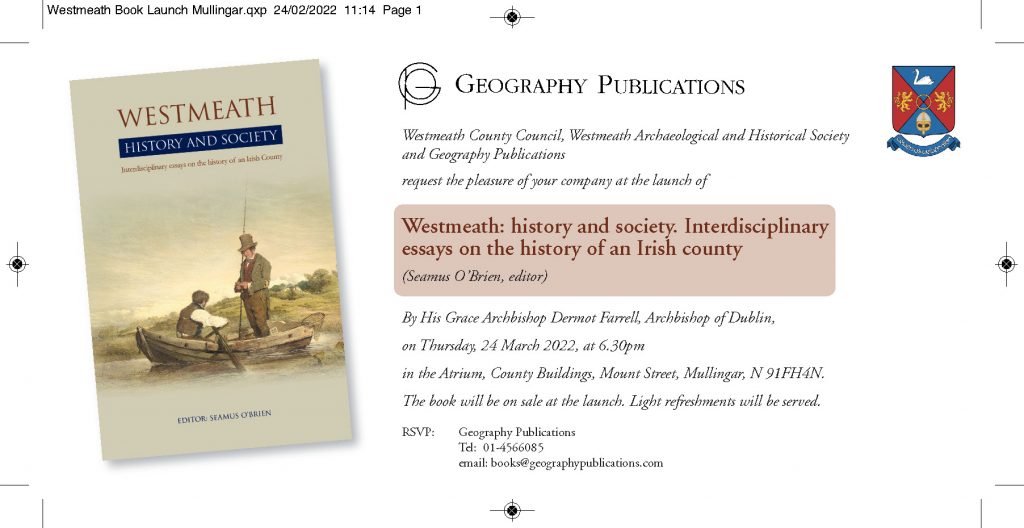 This work has been in progress for almost a decade and contains contributions by historians from all parts of the county and elsewhere. Called Westmeath:history and society. Interdisciplinary essays on the history of an Irish county the Westmeath volume is part of a series of county histories commenced by Prof Willie Nolan when he published on his native county Tipperary in 1985.

The Westmeath volume is substantial, comprising some thirty-five chapters contributed by historians and researchers from the county and from universities in Ireland and further afield.

These essays embrace a multiplicity of disciplines including geology, archaeology, folklore, cartography, historiography, literature and art history, which explore the evolution of this midland county from pre-history to present times.

The success of the series has been largely based on this ‘interdisciplinary’ approach as well as the successful integration of the contributions from a range of disciplines and Westmeath: history and society follows this well-established format.

This volume builds on the scholarship of Westmeath historians such as Fr. Paul Walsh, Jeremiah Sheehan, Leo Daly, Marian Keaney and Billy English. Despite the significant contributions of these and other historians, no comprehensive monograph on the history of the county was forthcoming.

This is unsurprising as no single scholar could be expected to have the all-round expertise in the various disciplines to produce a work of the scope and scale of Westmeath: history and society, which will now become the standard reference work on the history of the county for many years to come.